The confluence of the new St. Lucie-Okeechobee Waterway (completed in 1923) and newly improved St. Lucie Inlet was expected to become a significant center of commerce.

A major deep-water port planned for the region was to serve as a shipping point for the area's growing citrus industry, as well as a center of transfer for goods to be shipped along the new cross-state canal. 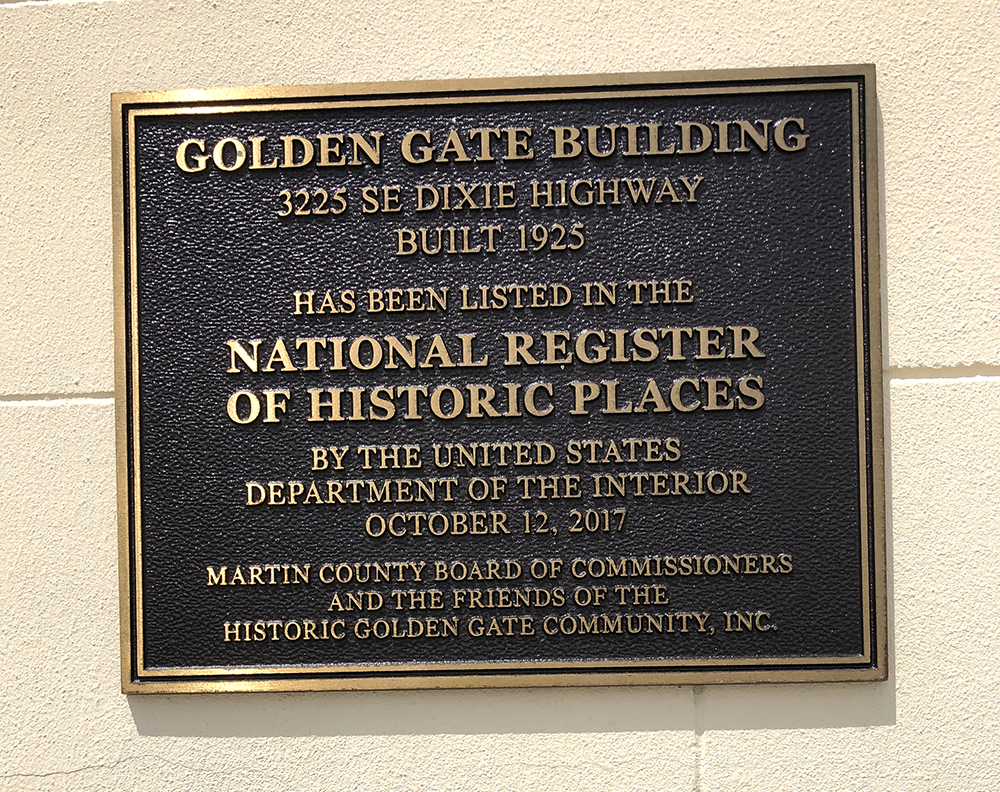 Newspapers of the lower Indian River boasted that the new master planned "Port St. Lucie" (a separate plan and several miles south from the post-World War II development of the same name) would become a major port city.

In the midst of the enthusiasm, "Golden Gate," a 200 block "far reaching and modern development" was planned on land originally part of an earlier Progressive-Era town known as "Port Sewall."

The Golden Gate Building was constructed in 1925 and became the cornerstone for Martin County's first planned major residential development.

Its construction fell at around the same time that another developer had launched ambitious plans for a major development in Hobe Sound and Jupiter Island, called Picture City.

A major hurricane in Miami marked the end of the Florida real estate boom of the 1920s, and falling land values collapsed the planned community and commercial port. The economy of Florida had been stagnant for years when the Great Depression later spread to the nation in the 1930s.

The walls of the Golden Gate Building are not perpendicular to each other. The building is a parallelogram, rather than a rectangle! 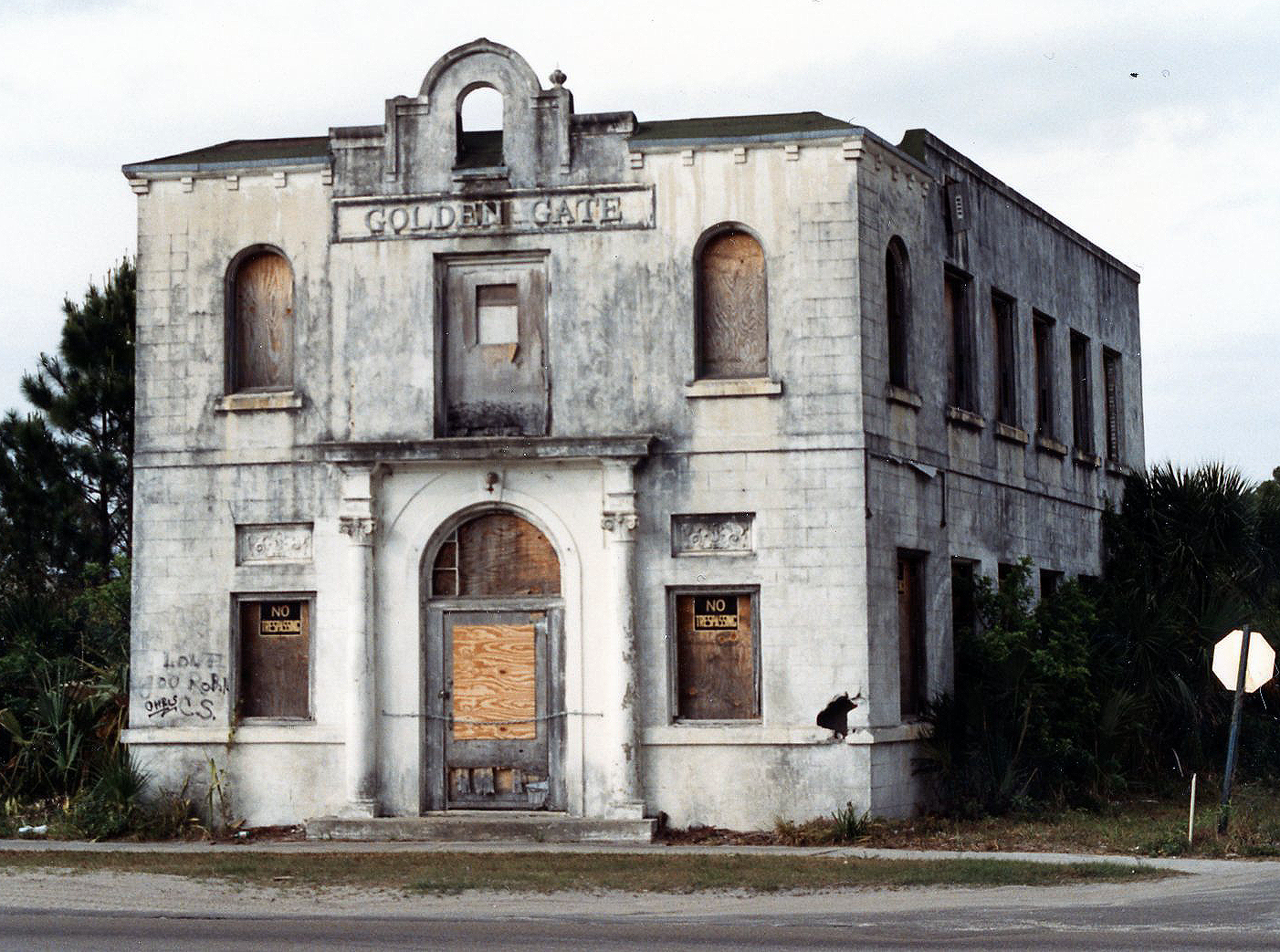 In three decades following its initial use as a sales office, the building changed hands several times and was briefly used as a place of worship by the Church of God, which purchased it in 1943. Stuart was hit by a major hurricane in August 1949, which likely damaged the building's main facade parapet.

The building's last use ended in 1959 as a loft apartment and studio for notable local artist Jim Hutchinson and his wife.

After decades of neglect, the building was saved from destruction in the 1990s and ultimately purchased by Martin County in 2002.

Along with the Stuart Welcome Arch, which proclaimed the region the "Atlantic Gateway to the Gulf of Mexico," the Golden Gate Building is Martin County's most visible remnant of the enthusiasm of the 1920's land boom.

The Golden Gate Building is located at 3225 SW Dixie Highway in Stuart.