Learn about some of Martin County Parks and Recreation's annual special events and sponsorship opportunities.

MUSIC AT THE MANSION 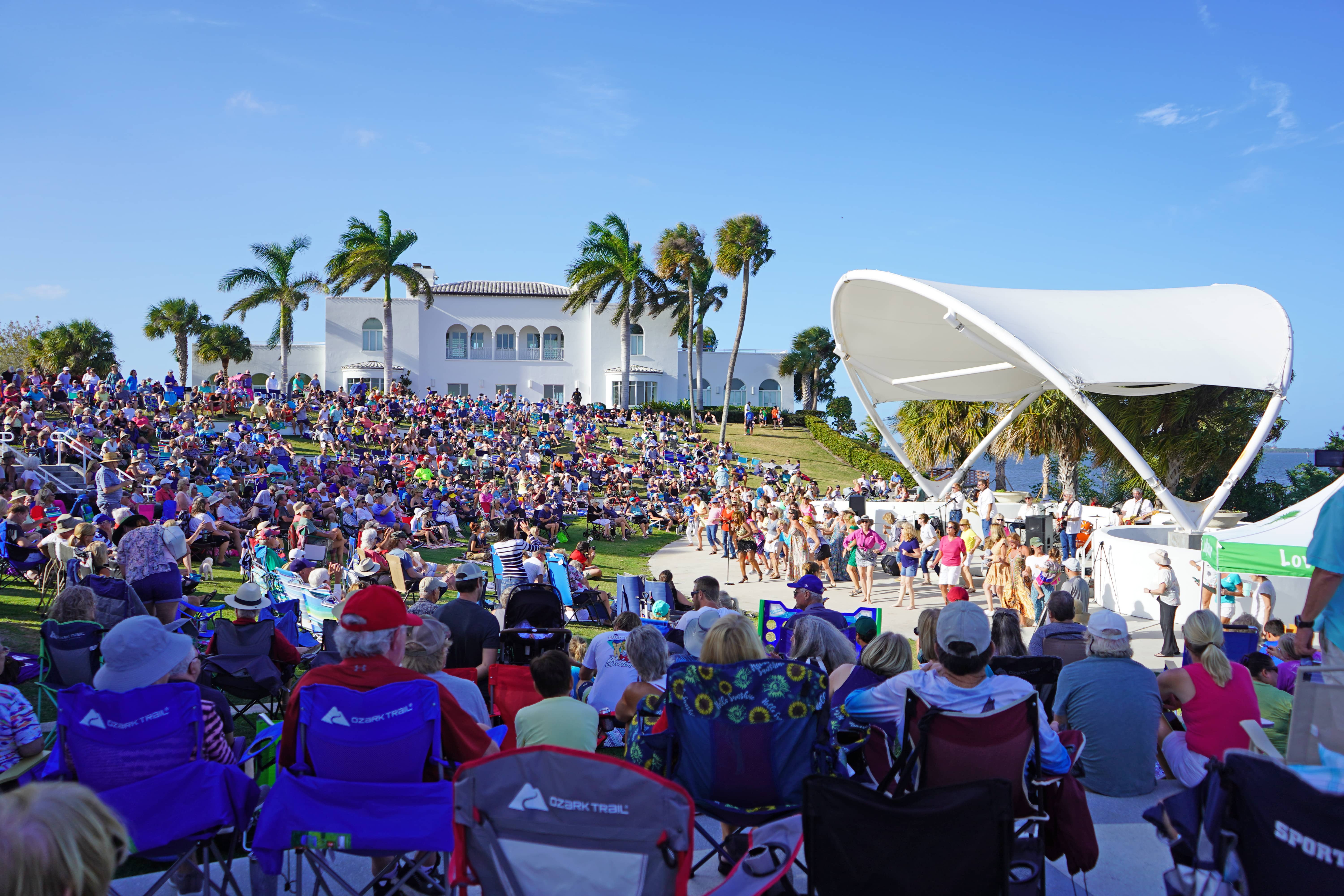 Music at the Mansion is a free concert series with waterfront views, located at 1707 NE Indian River Drive in Jensen Beach. Food and beverages are also available for purchase. No coolers allowed.

Invite family, friends, neighbors and everyone you know to come and enjoy a great performance by the Nouveaux Honkies, in front of the Indian River Lagoon!

Admission to the concert is FREE and to make a great event even better, we will have free activities for kids!

Bouncing around the country for the last 10 years, the Nouveaux Honkies currently spread their time between East Tennessee and Southern Florida. Yes, some would call them “snowbirds”, but they will declare themselves bi-statual. That’s not a word, but it will be. As far as what one will hear when they perform, they consider it genre neutral. They play songs they wrote and songs they wish they wrote. If you wanna get picky it’s called “mother lovin’, country folkin’ blues”. Catch a show and you will end up smiling.

One of the most talented couples on tour!
Their last release, "Blues For Country" charted on the AMA top 100 Charts.
The new CD, "Loud in Here", was just released and features special guest BILL KIRCHEN on 3 tracks! Celebrate winter Florida-style at our annual Winter Fest event! Join us at The Mansion at Tuckahoe located at Indian Riverside Park and get in the holiday spirit with entertainment provided local school choirs, bands, dance teams, as well as an a cappella holiday performance, all with the best waterfront view! Bring lawn chairs and a blanket for an afternoon full of fun for all ages.

Free activities for you and your family to enjoy including:

Local food vendors and a lineup of food trucks will be on-site to satisfy all your cravings!

EXCITING NEWS: Santa Claus will stop by for a visit, so don’t forget your camera!

Spread the holiday cheer and help families in need during the holidays! Donate a new unwrapped toy for Toys for Tots toy drive at the event.

You can help us make our Parks and Recreation Special Events bigger and better! We have a variety of sponsorship opportunities available that will not only support our events but will put your business in the spot light in front of many Martin County residents and visitors.